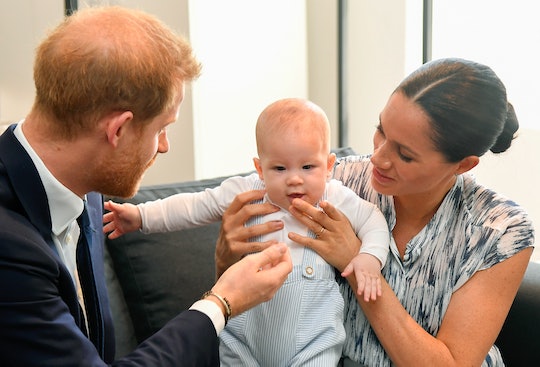 Prince Harry Wanted To Raise His Son Archie In Africa

“He wanted to bring Archie up in Africa, running barefoot with African children.”

When the Duke and Duchess of Sussex first announced in January 2020 that they would be leaving the United Kingdom and stepping away from their senior royal roles, there were a lot of questions. Perhaps first and foremost being, where would they go? The couple had just spent their first Christmas with baby boy Archie on the western coast of Canada, so that was an option. And of course, Meghan Markle was born in California, so that seemed likely. But apparently Prince Harry had a dream in mind for his family — he wanted to raise Archie in Africa.

Prince Harry has long been open about his deep and abiding love for Africa, the continent he visited with his father King Charles and older brother Prince William after the death of his mother Princess Diana when he was just 12 years old. He has credited the country of Botswana with helping him come to terms with his grief, and said that “some of my closest friends” live in Africa. One of those friends, Dame Jane Goodall, recently told the Daily Mail that it was Prince Harry’s fervent wish to raise his son Archie in Africa.

“He wanted to bring Archie up in Africa, running barefoot with African children,” Goodall told the Daily Mail.

The Duke and Duchess of Sussex did indeed bring their son to Africa back in 2019 when he was just a baby, introducing him to Archbishop Desmond Tutu at the time. As the couple were working on a transition away from their senior royal roles in London, there were several reports of plans for the family to move to Africa and take on new roles that were meant to combine charity work and roles supporting the Queen on the continent. So Prince Harry appears to have really put thought into moving his family, which now includes 17-month-old daughter Lilibet “Lili” Diana, to Africa.

Things did not quite turn out that way, as we now know. The couple stayed in British Columbia for awhile before relocating to Los Angeles, eventually purchasing a home in Montecito, California where they have now permanently settled.

With any luck, Prince Harry will be able to bring his children back to Africa as they grow up. His affection for the continent has done him a world of good. Perhaps it will do the same for them.