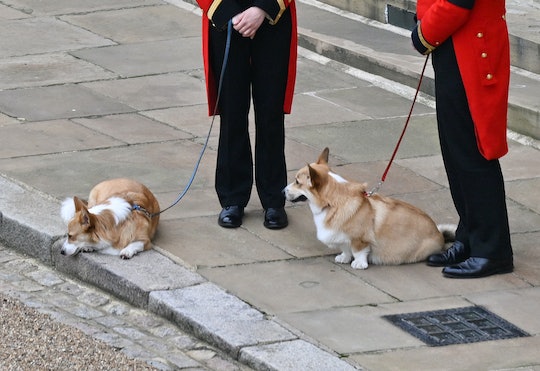 It was a moving scene that inspired even more tears for mourners and animal-lovers around the world.

Since the passing of Queen Elizabeth II, there have been so many touching moments over the last several days to commemorate the memory and legacy of such an unforgettable woman and leader. From a double rainbow in the London skies to Prince George needing some extra comfort, it’s difficult not to be moved by this historic moment. Even Prince Williams admitted that he was on the verge of tears and triggered by memories of his mother Diana’s untimely passing. But there’s something especially heartbreaking about the inclusion of Queen Elizabeth’s corgis and horses who made their appearances in the funeral procession to offer their final farewells.

The pictures of the queen’s pets is an image that many will not forget. They remind the world of the humanity and relatability of the 96-year-old monarch, who especially loved her dogs. Rebecca English, the royal editor of The Daily Mail, recently hopped onto Twitter to share the emotional moment. “Waiting for their mistress, the Queen corgis - Sandy and Muick - are brought out to see the funeral procession at Windsor,” English tweeted.

Followers and fans of the royal family were quick to comment on how they were caught up in their feelings, too. “I was ok until I saw these little beauties on my TV and now I’m crying,” commented one Twitter user. “This unglued me,” shared another.

Queen Elizabeth was a doting dog mama to over 30 corgis in her lifetime, according to the BBC, and she referred to them as “the girls” and “the boys.” Many have speculated on the future of the much-adored dogs, and it was recently revealed that the queen’s corgis will go to Prince Andrew and his ex-wife, Sarah Ferguson, Duchess of York, who originally gifted the pets.

In addition to the queen’s corgis, People reported that four horses that were also gifted to her majesty since 1969 helped to lead the coffin procession from Westminster Abbey. The regal animals are named George, Elizabeth, Darby, and Sir John.

Horse-racing was one of Queen Elizabeth’s greatest passions that provided the rare opportunity for the monarch to let her guard down. Ever since she was just a teenager at 16 and visited her first racing stable, she fell in love with horses. During that initial meeting, “she went and patted them on the head and loved the feel and the silkiness of their coats. ... The story goes that she didn’t wash her hands for the rest of the day,” reported CNN. The special brooch worn by Princess Charlotte in the shape of a horseshoe also honored the passion for horses that she shared with her Gan-Gan.

If the sight of the sweet corgis, Sandy and Muick, brought more than a few royal tears to your eyes, be sure to check out these amazing vintage photographs of Queen Elizabeth and her beloved pups. It’s just another way to honor the monarch by giving a nod to the loyal and loved pets who were always by her side.