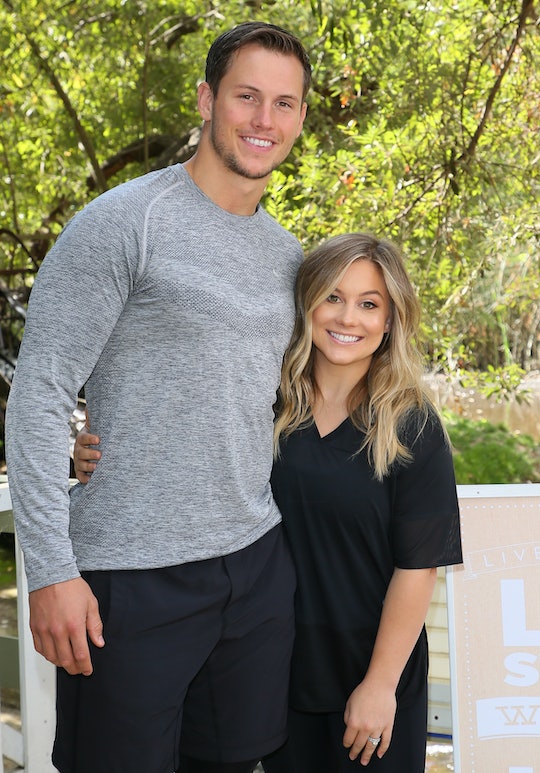 “We're so excited to announce a new friend is here.”

Shawn Johnson East is a proud mom of two! The retired Olympic gymnast announced on Tuesday that she welcomed a bouncy, baby boy with her husband, Andrew East.

“We're so excited to announce a new friend is here,” the post on the couple’s clothing and toy company, Teddy & Bear, announced on the brand’s Instagram Story. “Mom and baby are doing well and we can't wait to meet our new friend!” To celebrate the birth, Teddy & Bear is offering a limited edition onesie in honor of their “new friend.”

The couple told E! News that they are “absolutely in love” with their new little boy who’s made them a family of four. In addition to their newborn son, whose name has not been revealed yet, the couple has a 1-year-old daughter named Drew Hazel, who is “already such a great big sister.”

Shawn and Andrew announced their pregnancy news back in January and shared at the time that they both had a feeling that the baby would be a boy. (Turns out they were right!). During her pregnancy, the 29-year-old Olympic gold medalist tested positive for COVID-19. “I do consider myself very lucky one,” she shared on her Instagram Story back in February while quarantined. “I think I have it pretty mild.”

Before her pregnancy with her little boy, Johnson shared in a candid vlog that she had suffered a miscarriage in 2017 and wanted to open up about their experience so others knew that “you're not the only one going through whatever you're going through.”

The road to motherhood has been tough but Johnson has conquered it all like the Olympian champion she is! Congratulations to the East family!