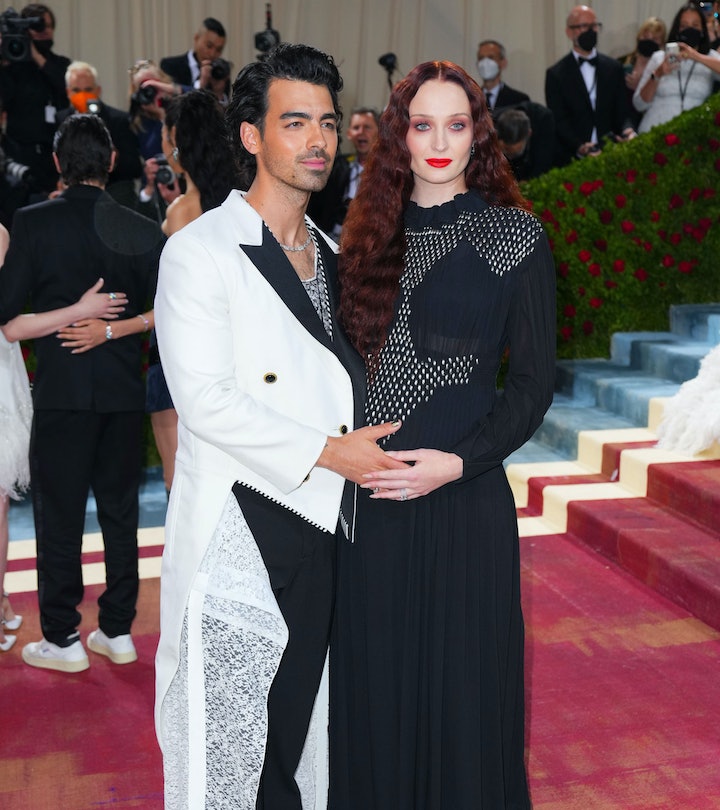 Sophie Turner & Joe Jonas Have Welcomed Their Second Child Together

It’s a year of Jonas babies! Representatives for Joe Jonas and Sophie Turner confirmed the couple has welcomed their second child together, another baby girl. No updates have been released about the child’s name and when she was born, but we do know the couple’s new daughter joins big sister, Willa, who was born July 2020. Turner and Jonas’ newborn daughter also join cousins Malti, who was born to uncle Nick Jonas and Priyanka Chopra in January, as well as Kevin Jonas and wife Danielle’s daughters, Alena, 8 and Valentina, 5. (For those counting: that brings the Jonas Baby Count up to five!)

“Joe and Sophie are happy to announce the arrival of their baby girl,” representatives for the couple shared with People.

Turner, best known for playing Sansa Stark on Game of Thrones, only confirmed her pregnancy back in May in an interview with Elle before “debuting” her bump at the Met Gala, wearing a very “Queen in the North” style floor-length gown studded along the torso. “It’s what life is about for me – raising the next generation,” she told Elle. “The greatest thing in life is seeing my daughter go from strength to strength. We’re so excited to be expanding the family. It’s the best blessing ever.”

“You really don’t know what to expect,” Jonas told People in regard to preparing for Baby #2. “I think [I’m] maybe a little less nervous [this time], but I’m just excited. It’s such an amazing part of life.”

Jonas and Turner became an item in 2016 and were engaged a year later before holding two weddings — one in Las Vegas followed months later by a lavish affair in Paris — in 2019, the same year Game of Thrones ended.

“If I hadn’t found Joe, I think I would have felt quite lost after Game of Thrones,” Turner told Elle. “And I did feel quite lost after it finished. But it forced me into this new chapter, which was really exciting and something for me to focus on. It was the perfect thing to move on to.”

A new chapter that now includes another sweet baby girl.

More Like This
The Bear’s Jeremy Allen White Is A Private Breakfast Chef For His Daughters
Elon Musk Reveals He Gave Himself & His Son X Matching Haircuts In Rare Throwback Pic
Nick Cannon Welcomes Baby #8, His First With Bri Tiesi, In Beautiful Home Birth
Khloé Kardashian Has Welcomed Baby #2 Via Surrogate & Is Keeping The Name A Secret