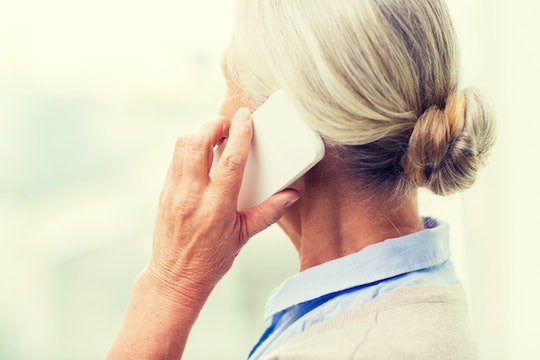 She apparently doesn’t want people to think her son is “less of a man.”

Imagine you and your spouse have agreed kids are not in your future. Now imagine your mother-in-law tells people you are infertile rather than admit to anyone you both simple don’t want kids. Uncomfortable? You bet. And as one viral Reddit post on the popular sub-Reddit Am I The A**hole illustrates, it could lead to some messy family dynamics.

Reddit user u/throwaway671029 posted about a recent altercation she had experienced with her mother-in-law at a family function. To begin, the daughter-in-law explained that neither she nor her husband had ever wanted children. In fact, he had gotten a vasectomy before they dated, so kids were never going to be part of the equation. Now if only they could get her husband’s mother to understand.

“She didn't know that my husband has gotten a vasectomy and believes that it's me who is not giving her grandchildren, so she hated me,” the Reddit user explained. “When I got married, she wrote this whole letter about how she can't wait for us to be parents and read it out loud during our reception.”

Rather than accepting that children will not be a part of her son’s life, the Reddit user found out that her mother-in-law went a different route when she attended a family gathering and her husband’s aunt offered her condolences that she and her husband would not have children. “I asked her what it was she talking about, she tells me that my mother in law has been going around, telling everyone in the family group chat that I'm infertile.”

A daughter-in-law was upset that her mother-in-law said she was infertile.

At that point the original poster approached her mother-in-law and things got much worse. “She told me that she didn't wanted to tell everyone that my husband is less of a man because he got a vasectomy done and thought it was better to tell everyone I was infertile.” The Reddit user screamed at her mother-in-law in front of the family, her husband eventually cut ties with his mother, and now everyone is taking sides.

Including Reddit, of course, with people weighing in with their opinions. Most supported the original poster like this user u/Financial_Row7705 who wrote, “There's literally nothing you could have done, had things not come to a head here, she would have kept abusing you and spreading lies about you.”

Reddit user u/metalasfck noted that there is a big difference between infertility and choosing to be childless. “Mil shamed you for something not shame worthy since she wouldn't shame her son? Shifting blame? Infertility isn't a damn choice, being childfree is - and you are very much allowed to stay childfree.”

At the end of the day, families need to support couples who decide against children just as they would couples who are parents. And as Reddit seems to agree, lying and shaming is definitely not the way to go.