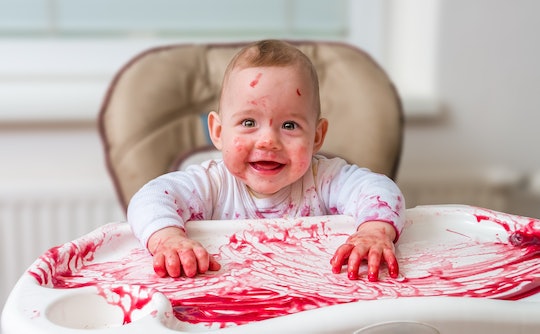 Nothing galvanizes a reckoning with mortality more than parenthood. We think we’re a little invincible when we have no one to answer to. When I was single, and definitely before I had kids, I was on a little power trip — nothing felt impossible. Then I became a mom, was suddenly responsible for keeping another human being alive (with no more medical training than a basic CPR and First Aid class), and the next thing I knew, everything around me was a death trap. But the scariest things I dealt with as a parent weren’t the obvious stuff, like open manhole covers or uncovered electrical sockets. It was the straight up weird sh*t that only happens when you live with small children.

Like having to explain that the older gentleman, spewing obscenities on our block,with a cigarette butt in his teeth, might not appreciate my 7-year-old’s admonishment about his smoking habit. Kids are charmingly righteous — a testament to our textbook parenting, when we remember how to do it — but come off as obnoxious when putting the goody-two-shoes behavior into practice. I am raising my kids in New York City, and nobody is going to take their lecturing on the Golden Rule.

It scares me that I have to teach my kids to be decent humans, but also maybe keep that to themselves because they might get beat up by people who subscribe to the Me First policy. And when someone cuts in front of us when we’re on line somewhere, my kids want to call out this unjust act, and I have to stifle their outrage so we can stay under the radar. This sucks.But living in fear of how their self-righteousness can go wrong is just one of the many scary things I have to deal with as a parent. And it hasn’t happened half as often as some of these scenarios did: