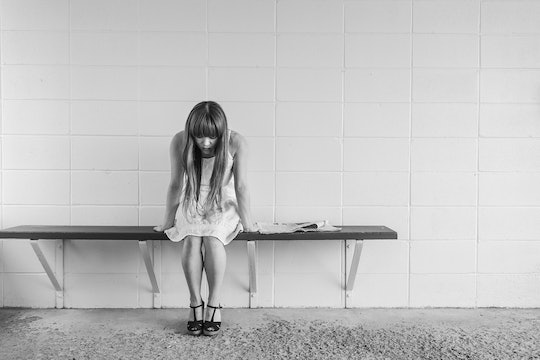 It’s lying awake at night wondering if your child has suddenly turned over on his belly and can’t breathe. It’s obsessively piling on globs of hand sanitizer on anyone who comes within 10 feet of your newborn, and wanting to cry if the sanitizer runs out. It’s not trusting anyone to hold your child for more than a minute for fear they'll drop them or worse, run away. So many moms can describe what postpartum anxiety feels like, yet many of them are completely unaware they even have it.

While it’s known that 1 in 7 moms experience postpartum depression, the stats on other postpartum mood disorders (in general) are a bit less clear. We do, however, know that roughly 10 percent of postpartum moms will experience anxiety, which means and includes much more than doctors used to believe. Thanks to a somewhat increased awareness in mental health, it’s important for parents to recognize the signs and know when to seek out help.

When I spoke with other moms about postpartum anxiety (PPA) and the symptoms, many of them were surprised. I confess that, as someone who experienced PPA (and who still has lingering anxiety related to my child), I had no idea what postpartum anxiety was until I was diagnosed. So, read some of the stories of other moms who’ve been through it and educate yourself — and others — on this difficult and debilitating condition.