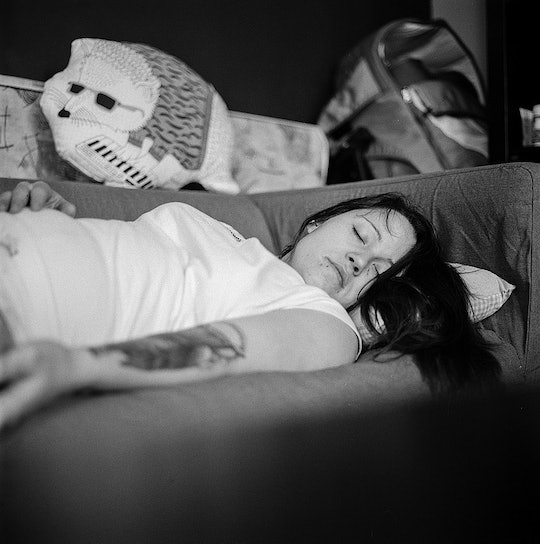 I Thought I Was Hallucinating When I Needed Sleep

Parenthood is exhausting. Now, I'm using parenthood broadly here, because I've been exhausted since I was pregnant with my first. From growing them to raising them, you're just never going to feel like you got quite as much sleep as you needed or wanted. And when you get tired, especially for extended periods, you start to see and hear things. The world becomes a confusing, surprising, and often freaky place. There were definitely times I thought I was hallucinating but just needed a nap, or maybe I was hallucinating and therefore needed a nap? Guys, I don't know. I'm telling you, when the sh*t hits the fan like that, it's hard to know what exactly is going on.

My crazy hallucinating moments aren't actually as crazy as the uninitiated might think. Becoming a parent is basically falling down Alice's rabbit hole into a new world where the regular rules don't apply and "normal" takes on an entirely new definition. Like, in non-parent world, being covered in poop and not wincing would be considered horrifying. However, in parent world that's just called Wednesday.

So the things I imagined were happening were, at times, only slightly crazier than the things that were routinely happening to me that were very real. I can't blame myself for thinking, even for a moment, that they might have been the next weird level.