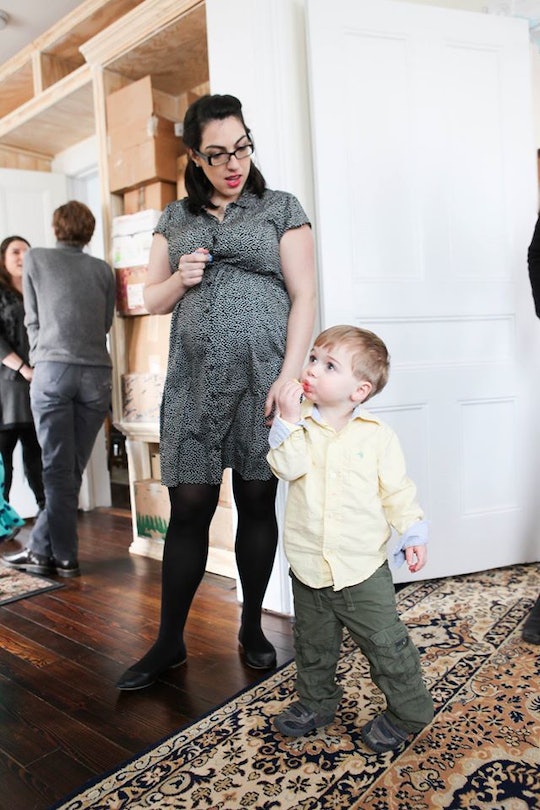 What Every Mom Thinks During Her Second Pregnancy

I expected to have more time to prep for a second pregnancy before I actually got pregnant. Our first child was unplanned, so we didn't know exactly what it would take once we willfully attempted the whole conception thing. Apparently, my partner and I are among those very lucky couples who didn't have to wait too long. On our second attempt to get pregnant with Baby Two, I got pregnant. I did not see that coming.

While I was delighted, I had a lot of the thoughts every mom has when pregnant with her second baby kind of suddenly and all at once. I hadn't had a particularly good chance to process some of them before they were all staring me in the face. The fact is, however, chances are pretty good all of these issues will come up no matter how long you have to think about getting pregnant. It's OK: it's normal and we're all here to sort through this together.

Some people think (and/or feel) pregnancy is harder the second time around. Others feel it's actually a little bit easier. However, I don't think I know too many people who feel it's exactly the same, physically or especially emotionally. I feel like there should potentially be different words for first and subsequent pregnancies. First time around you're making the leap from non-parent to parent, which is a huge transition. Second time around you're already a parent, and while that clears up some of the thoughts and existential crises you had the first time around, it complicates and creates others. For example:

More Like This
7 Baby Name Generators To Try
Yes, It’s Possible To Get Pregnant If You Have An IUD
14 Free, Printable Birth Plan Templates For Every Kind Of Delivery
Festive Mommy & Me Holiday Nail Ideas To Try