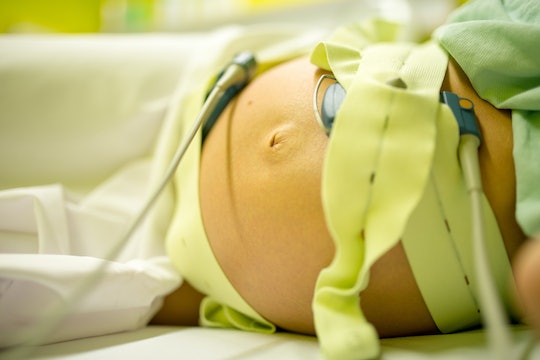 9 Things Your Baby Wants You To Know About Birth

What I wouldn't have paid or given or sacrificed to be able to know what my baby was thinking those first few days, weeks and months of motherhood. As a new mom I felt completely clueless about what to do and how to do it, so some dialogue with the one person I was trying to care for definitely would have been helpful. However, I think the things your baby wants you to know about birth would have been just as helpful, if not more so. While it's impossible to say if my son was even aware of what was happening when he was being pushed form my body (probably not) or what he thought about the way in which he entered the world (he probably didn't have very many thoughts at all), I would like to think he has some feelings about the entire situation and, of course, I would like to think those feelings are positive.

In fact, I have to assume those feelings are positive because so many of the conversations surrounding the ways women give birth are, you know, not. There seems to be a current "birth war" going on in the culture of motherhood, and women are constantly forced to defend the way they gave birth from other women who are attacking them for the way they gave birth. The collective "we" now labels certain births "natural" and certain births "better" than others and it all seems like no matter what we do, as laboring women, we're doing something wrong. It's debilitating. It's disheartening. It's exhausting.

So, I'm choosing to take my son's (imagined) word for it, and believe that how I gave birth was the exact way I was supposed to give birth. Would my birth experience work for every single mother on the planet? Absolutely not. Is my birth experience negated by someone else's? Nope. Is my birth experience innately "better" than someone else's? No way, and when I need to remember that my birth was exactly what it needed to be, I just stop and think about my son I think about what he might have been thinking and, knowing who he is now (as a 2-year-old toddler) what he would have wanted me to know when I was so stressed and anxious and scared.