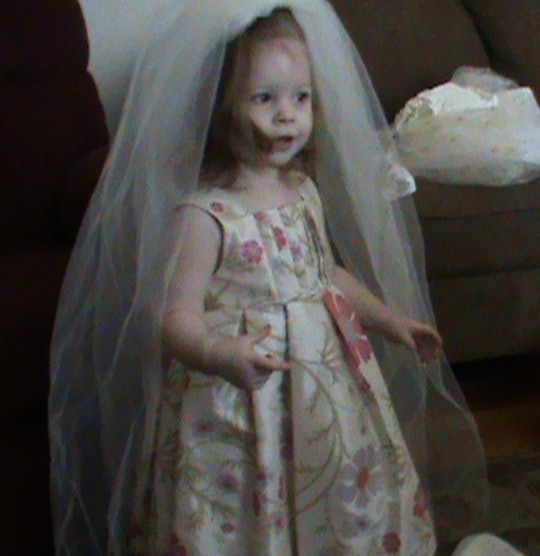 I Refuse To Joke About Planning My Kids' Wedding

Each time I've been pregnant, I've had a close friend who was pregnant at the same time. It's been awesome to have someone to commiserate with, and a friend on maternity leave at the same time as me. Inevitably, though, someone always makes a joke about our kids marrying each other some day. It seriously rubs me the wrong way. You might think these kinds of jokes are innocent, but there are a few reasons why I won't joke with my BFF about planning our kids' wedding.

Before you tell me to lighten up and not be so sensitive, consider the idea that talking about who your kids might marry before they are even out of diapers is presumptive, heteronormative, and sort of implies that parents should have a say. It might seem small in the grand scheme of things, but it perpetuates this idea that kids, especially daughters, are under our constant and unwavering control. I don't see my kids as property, and even if I did, it's not likely that my kids will let me pick who they love or marry someday (if they even get married at all).

Also, I am so tired of people sexualizing kids. It seems like baby stores everywhere are filled with onsies that say things like, "ladies' man," "future princess," and even "lock up your sons, daddy's got guns." For real, I wish I was joking. Let's let our kids be kids. It's not cool to project adult ideas about sexuality and marriage on them, especially archaic, sexist ones.

So, as much as I love my BFF and her baby, I'm not going to joke about our kids getting married some day.