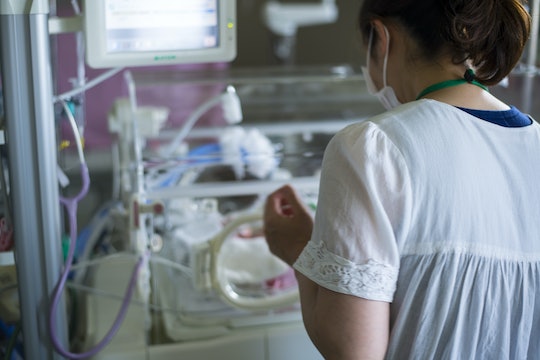 If you asked me what was the most stressful time of my life, I would immediately respond with the first two months of my son’s life. He spent those first few months in the neonatal intensive care unite (NICU) and had it not been for his medical team, I would not get to snuggle his fully-recovered self every day as I do. I mainly interacted with a series of NICU nurses; some I loved, others who aggravated me, but all who did their job. Looking back, there are so many things I wish my NICU nurses would have known, from how grateful I was to why I sometimes acted completely unlike myself, to everything in between.

I spent an obscene amount of time in the NICU. The hospital my son was in was 30 minutes away from my own home, so I did what many other moms might do: I moved into the hospital. I saw parents come and parents go every single day, but I remained. I would go home every 48 hours or so for a quick shower and a change of clothes and then I would rush back. I slept on stiff chairs and uncomfortable couches, ignoring the very real pain from my birth injuries that said couches and chairs were doing nothing to help heal. I took a steady regimen of Xanax and codeine to handle it all. Aside from the occasional company of my parents and my husband, I was alone and interacting mainly with the nurses.

I know there are many things that NICU nurses should and need to hear from us. However, so many of us NICU moms were too broken to speak up at the time, while the rest of us were too frustrated, or just didn’t know what to say. If you’re a NICU nurse, here’s what those glances and looks we gave you (or are currently giving you) actually mean:

More Like This
41 Strong & Sweet Baby Boy Names That Start With “K”
20 Stocking Stuffers For Kids Under $20
Festive Mommy & Me Holiday Nail Ideas To Try
The “Tripledemic” Is Scary, But I Feel Less Helpless When I Wear A Mask