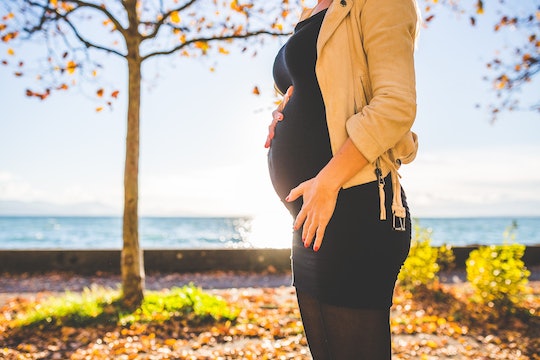 10 Things Every Pregnant Woman Should Do Before Her Third Trimester

I try not to tell other people how to live their lives (except when it comes to giving the early-aughts reboot of Battlestar Gallactica a try), but having been through one and a half pregnancies already in my life, I do feel equipped to offer some gentle suggestions for anyone who may be inclined to hear them. Of course, all pregnancies and all women are different, but if you’ll allow me to make some sweeping generalizations about the third trimester (hint: it’s hard), perhaps these suggestions for things pregnant women should do before the third trimester will resonate with you.

That’s not to say that any trimester can't be hard. In fact, it's a known fact any trimester can be pretty damn difficult. This fact is truer than true, on par with concrete facts like leggings are pants, elephants are the best animals, and Paul Rudd never ages. Kidding, I’m only kidding. Of course, we all know Paul Rudd does age, just approximately a zillion times slower than the rest of us. Seriously though, however one’s pregnancy might be progressing, I think most of us would agree that it’s best to not leave everything until the end when, you know, you’re feeling fatigued and weary and huger than huge.

So, with that in mind, and because I need a list to kick ageless Paul Rudd out of my brain, here are a few suggestions for what you might want to get out of the way, before that third trimester begins: