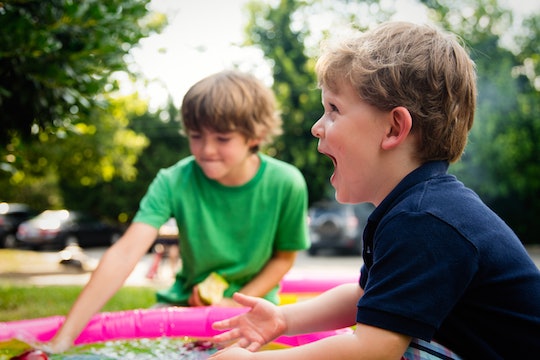 10 Things Other Moms Want You To Know About Playdates

With a son that’s just over two years old, playdates have become something of an occasional necessity. Admittedly, probably not as often as in some other households since our son gets lots of play and social time thanks to his childcare situation, but I’ve had enough of them to notice a few key themes arising. These themes have, well, left me feeling a certain way about playdates in general, and wishing that a few undeniable facts were more well known than they actually are. In fact, I suspect that maybe, just maybe, there are the things other moms want to say about playdates, too.

My family and I just moved to a new neighborhood, and there appears to be some other moms in the area with lots of potential for a real, valuable friendship, who could be members of the ultimate squad I daydream about starting. But, even if we don’t make it into a full squad, perhaps we could still have, like, a casual club because it’s pretty suburban here and I’m guessing someone has a tree house where we could meet. Motherhood can be lonely, and finding some quality friends (whether they have kids or not, actually) would do wonders for, well, all involved.

I just have a few hurdles to get through first, like actually spending some scheduled time together while our kids play at the park, which is why I think it’s finally time for us all to get on the same page when it comes to these playdates: