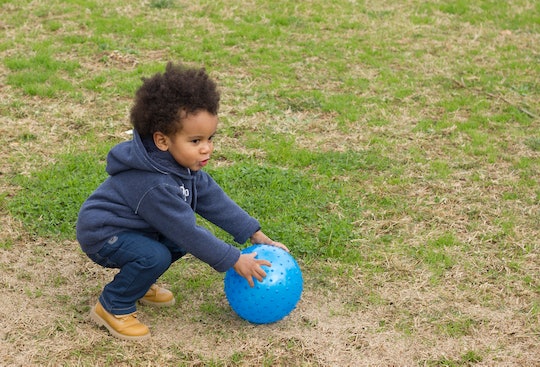 People, even people who don't know you or your child particularly well or at all, often feel empowered to tell your son or daughter how they should behave based on their perception of that child's gender. My son is turning five in a few days and in that half-a-decade a lot of attention has been paid to his love of nail polish, his doll Gwendolyn, and his overall sensitivity in laughable to offensive ways. While my in-the-moment response is often lacking, largely because I'm so taken aback, I've made it a point to think of how to respond to the things people say about sons.

A lot of attention, fortunately, has been paid to the damaging ways we talk to girls and women. While there's no denying that our society still have a long way to go in that arena (a long, long, long way to go it feels like at times), we're at the very least discussing the issue more broadly than we have in the past. Because the way we talk to boys is often less overtly negative, the concept of toxic masculinity, and the ways that gender stereotyping hurts everyone and the specific ways it hurts men and boys.

So what do we do in the face of myopic, backward, but deeply entrenched dictation of gender norms? We school some folks or, you know, at the very least we snark and we snark hard. Here are some retorts anyone can keep in their back pocket for future use.