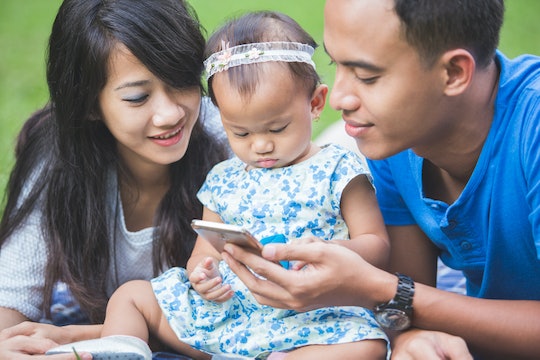 Many out there, including some of my fellow Millennials, bemoan the inherent awfulness of the Millennial generation. I, on the other hand, like Millennials just fine. Frankly, we're not a monolith and we have far more in common with previous generations than not. (Even people who lived 250 years ago because haven't you seen Hamilton?) Millennial parents face their own set of judgments and challenges in this culture clash, including Millennial dads, which is why there are more than a few things people need to stop saying to Millennial dads. Honestly, it all just makes you sound boorish and rant-y.

Again, Millennial dads are not a monolith. Some suck in all the same ways some dads of my father's and grandfather's generations sucked. Other suck in completely new, uniquely horrific ways. However, there are some trends among dads born between 1980 and 2000 that are, to put it mildly, encouraging, especially (I'm assuming) for their female partners. (To that point, I should point out that a lot of my claims and links in the points below speak largely to Millennial dads in heterosexual relationships because, unfortunately, I couldn't get my hands on a ton of information on Millennial dads in same-sex relationships.)

From greater levels of engagement with their partners, children, and households, to abandoning the idea that dads have to fit a certain mold, Millennial dads are a responsible, thoughtful, engaged group of guys that we should be encouraging to follow their instincts. We should not, for example, say any of the following: