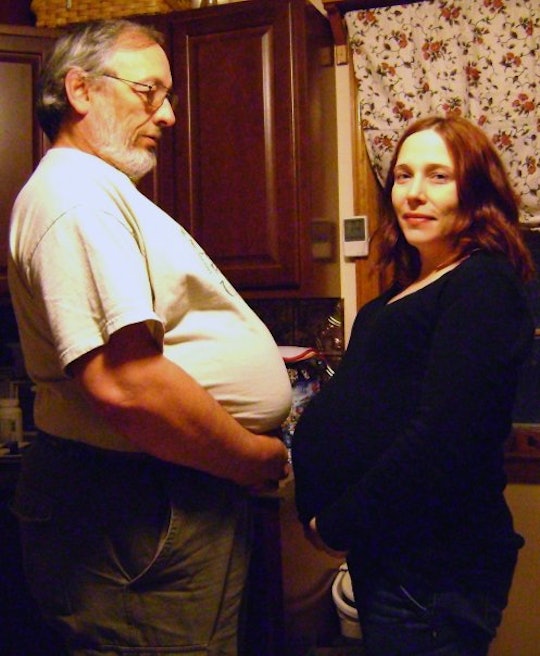 What My Pregnancy Taught Me About My Parents

Becoming friends with my parents as an adult has been amazing. Getting to know who they are as people and having fun hanging out with them is, well, awesome. I don't have to pretend to be OK when I'm not, or try so hard to impress them. In the end, they love me no matter what. I've also learned so much about them, especially now that I'm pregnant. In fact, I would go so far as to say there are some things you can only learn about your own parents during pregnancy, which can at least help making the whole morning-sickness-feeling-like-crap-all-the-time thing worth it.

During my pregnancy, I've learned things like: my parents want to help however they can, they don't judge me for having a messy house while on bedrest with a high risk pregnancy, and they feel scared and vulnerable when I am hurting. It's also been amazing to see them get excited for new grand babies. My mom is my biggest cheerleader and, although I still haven't told her what we're naming the baby, she keeps making silly guesses. (Hint: it's not Rupert, Harrison, or Morgan). My dad and I didn't always get along when I was young. I was, shall we say, a difficult teen; rebelling in multiple ways that often involved an older guy with a motorcycle. Now I know my dad loves me and supports me no matter what. I also know how much I need him in my life. I don't want to raise my kids without him as a their papa.

I have learned so much about them throughout my pregnancy, especially when I have needed help. Being pregnant is no joke, but I have been able to count on them for love, support, and even meeting us at the hospital in the middle of the night.