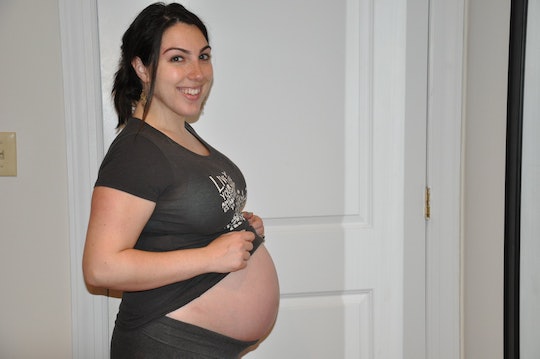 I didn't exactly see my first pregnancy coming. I mean, I wasn't shocked, because I'm an adult and I know how babies are made and we were already starting to kind of talk about starting a family, but I was still thrown for a loop when I peed on a stick and returned to find it said "pregnant." So I am going to chalk up some of the ways I set myself up for disappointment during my first pregnancy to the fact that, really, I wasn't at all prepared.

But this doesn't lie entirely at my feet. Society has painted two diametrically opposed pictures of what pregnancy is: an over-the-top hellscape and a rosy, beatific, cosmically profound milestone. The truth, generally, falls somewhere between those two extremes. And it's not that I went into this whole grand adventure completely clueless — I knew a thing or two — but a lot of what I assumed or thought I knew was based on a whole lot of unrealistic expectations, misinformation, and the presumption of a best case scenario greeting me at every turn.

Overall, my pregnancy was neither terrible nor disappointing, but I probably would have had a better time of things had I not set myself up for some rude awakenings by doing the following: