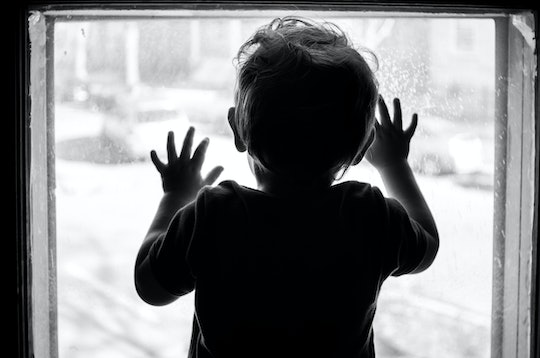 When I found out I was pregnant and envisioned parenthood and all that it would embody, I foresaw a future of endless decision making. After all, I would be in charge of another human being, which (to me) meant that I would be responsible for making all of the choices. I would have to decide what my son couldn't decide, what he wasn't old enough to decide, and what he should decide, but wouldn't want to decide at the time.

Little did I know that while motherhood does mean that I'm swimming in a sometimes unforgiving sea of important decisions, it also means having the foresight, strength and discipline to step back and let my son make decisions, too. In fact, I make far fewer decisions for my son than I previously thought I would, when he was just a kicking, hiccuping summer squash inside my growing stomach.

It's important to me, and many other parents, that I teach my son about consent and body-positivity and the importance of self-love. I want my son to establish a sense of self, and that means (more often than not) stepping back and letting my son have the final say in specific instances. Of course, I am still the authority figure and I still establish boundaries that I expect my son to adhere to; but I also give my son the room to make his own choices, so that he can better understand himself and the importance of complete body ownership.

Which is why during these 11 moments, you should let your toddler make the final decision. This doesn't mean losing all control and no longer parenting your kid, it just means that you love and respect them enough to give them the opportunity to grow into a happy, healthy adult.