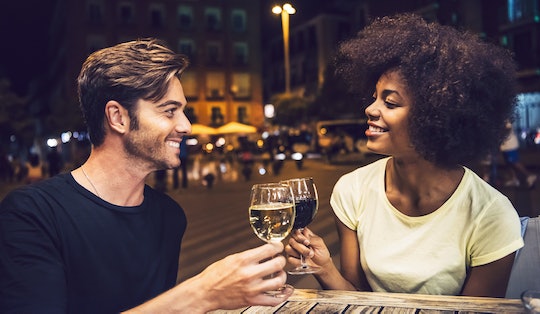 11 Things Every Grown-Ass Mom Does When She's Dating

It's no secret that dating can suck. However, and I'd argue, dating as a mom takes some serious badassery. Thankfully, there a few things every grown-ass mom does when she's dating, to make it not only suck a little bit less, but occasionally rock on a major, rather enjoyable level.

When I first started dating again after leaving my husband, I honestly and seriously didn't know where to even begin. After all, I hadn't dated in over a decade. I was scared, lacked confidence, and didn't know how to "put myself out there." One night, after my kids were in bed and I'd had a few too many glasses of wine with a girlfriend, we wrote the most badass, in your face, take no prisoners OK Cupid profile imaginable. I put everything in there that I wanted in a partner and a relationship (and plenty of things I didn't want, too). I was entirely and unapologetically myself. In other words, embodied the badass warrior goddess single mom I knew I was.

I soon learned that some people on the internet lack serious reading comprehension skills, that so many men in my city love football and firearms more than feminism and felines, and that I needed to put on my big girl panties and learn to be grown-ass dating mom. After some time, lots of practice, and a few epic fails, I learned some mad skills and grew into a woman that I honestly didn't know I could be. I discovered that being a grown-ass dating mom was fun and empowering. Eventually, spoiler alert, I met an awesome grown-ass dating dad with whom I could share adventures. So, with that in mind, here's what I did when I was dating, in case you want to be a grown-ass dating mom, too: