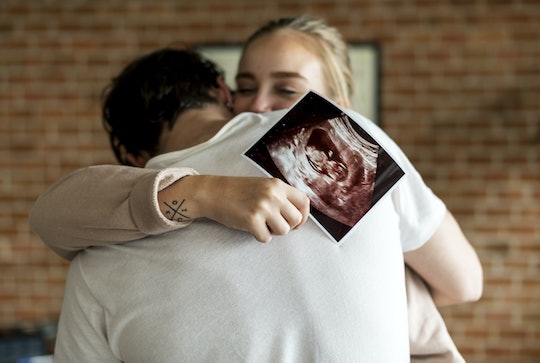 Pregnancy is, ideally, an exciting time in a new parent's life. And since most of the gushing excitement is directed at the gestational parent (so, usually, the mother), fathers are often overlooked in the process. Now in some ways this makes sense: when a woman is pregnant you have a constant visual reminder that her life is about to change. But when people do say things to expectant dads, it's often... less fun. In fact, there are a lot of things people think are OK to say to expectant dads that are creepy when you think about them.

That's not to say moms don't hear their fair share of truly creepy, problematic crap. They do, and probably more frequently than their baby's father. But I would actually be willing to wager that men deal with a higher percentage of creepiness compared to the whole of comments they receive. Because toxic masculinity is real, folks, and it absolutely colors how we as a society view fatherhood and male/female relationships. And most of these comments are often meant to be lighthearted and funny, but they speak to something that is neither light nor funny, but a pervasive, often invisible negativity that has harmed fathers for a long, long time.

It's time to dismantle that. So, please, stop yourself if you ever find yourself uttering any of the following: