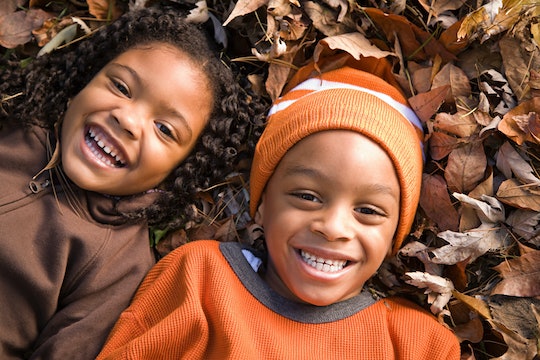 11 Times Daugthers Are Expected To Be Nice, But Sons Aren't

While it's 2016 and one would like to think we're inching close and close to gender equality, it's relatively impossible to overlook the gender stereotypes and sexism still plaguing our culture. Even our children aren't immune to society's many messages concerning gender, and what is expected of human beings after they've been labeled "male" or "female." Whether it's the toys kids play with or the colors they wear or the moments daughters are expected to be nice, but sons aren't, our children are inundated with fictitious messages about gender, gender identity, gender "norms" and how they should act in relation to the gender they've been assigned at birth.

Obviously, it shouldn't be this way and so many people are working to end the prevailing idea that a boy should "act a certain way" and a girl should "act a certain way." It seems hypocritical at best, and impossible at worse, to claim we're fighting for equality while simultaneously maintaining old-fashioned views, usually based on gender stereotypes and sexist ideologies. I'd argue that the best way to change our culture and, in turn, the world, is by changing the way we raise our children. Instead of telling little boys they can't wear pink because it's a "girl's color" we need to realize that color doesn't have a gender and our children should be free to be themselves and express themselves however they see fit. Instead of telling our daughters that they have to be quiet or small or shrink themselves so that they're "seen and not heard," we need to encourage them to find their voice, and use it.

When a baby is born, they have no idea that the gender they're assigned is somehow going to be used to try and police their emotions, their actions, their likes and dislikes and, in some cases, who they can or cannot potentially date or fall in love with. It's the heartbreaking reality, though, of a culture that has yet to strip itself of gender stereotypes. Still, there's hope, because we are raising the next generation and that generation can live in a different society. Baby steps are nice and usually an early requirement for change, so here are a few times when daughters are expected to be "nice," but sons aren't. We can't change what we don't know so, well, now you know.