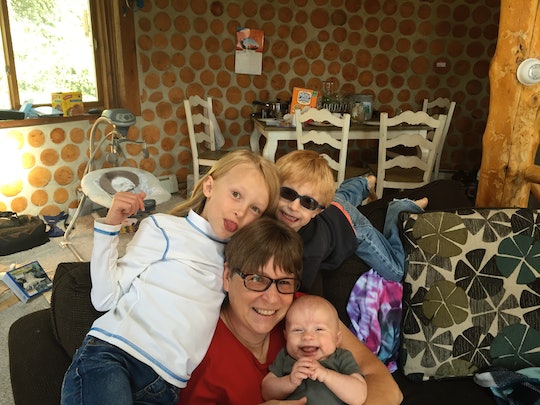 The first time I met my now mother-in-law she caught my partner and I making out on the hammock outside of her home. I was just barely 22 years old and so embarrassed. However, that night at dinner, in the middle of a sentence, she turned to my partner and said, "I love her! You better not f*ck this up!" This was the first of many times my mother-in-law destroyed the myth that all mothers-in-law are "evil."

Maybe I started out with different expectations of the daughter-in-law/mother-in-law relationship. My own mother was best friends with my father's mother well after my parents' relationship ended. I saw the love my mother and paternal grandmother had for one another and I admired the hell out of them for hanging onto that fierce female friendship despite a nasty divorce.

I've heard the horror stories other people my age have with their mothers-in-law, but those stories are just so beyond the realm of my experience. My mother-in-law has always been kind, honest, and helpful. Before I married her son she called me "the daughter of my heart." She has a gruff-yet-endearing honesty that's one of my most favorite things about her, but after 15 years of knowing her it's only one of the many reasons I absolutely adore her. So trust me when I say that, contrary to popular belief, not all mothers-in-law are evil.

More Like This
50 Love Song Quotes That’ll Give You The Feels
Bringing Home A Partner For The Holidays Isn't Always A Hallmark Movie
50 Warm & Wise Quotes About Blended Families
How To Tell Your Partner You Want to Separate, According To Experts