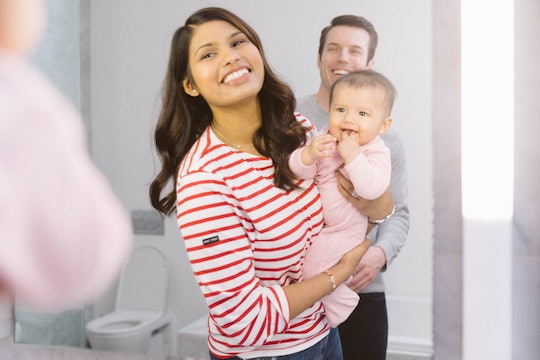 11 Types Of Shameless Bragging Every New Parent Does

So you've had a baby, huh? Well, welcome to parenthood! As a member of the New Parents Club, you're going to be talking about parenthood a lot and with everyone, mainly because raising a child is taking more or less all your time. A lot of that talk is going to be bragging, because of course it is! The shameless bragging you do when you're a new parent is only to be expected. Moreover, it is right and proper that you should!

Bragging about babies and parenting is basically a simple strategy new parents in particular use to get through the trials and tribulations of having a child. It's also, believe it or not, a way to maintain social connections to others. Because if you spent your time diving into the minutiae of what it's like to raise a baby every time someone asked how you are, your friends would slink slowly down into their chairs and then run away before you came back to regale them with another diaper story. So bragging is a succinct, nice way to highlight the good things that are going on. That's, of course, not to say you can't bemoan the tough times, but it's all about balance. A little bragging, a little kvetching, all best served over a glass of pinot noir will get you far, my friends.

What kind of bragging can you expect to engage in? Well, for one, it's largely going to be on social media (because you're not going to get out of the house very often) with the exception of work, and they actually expect you to work there. Ugh. Specifically, though, you can assume any new parent will shamelessly bring up any of the following boasts: