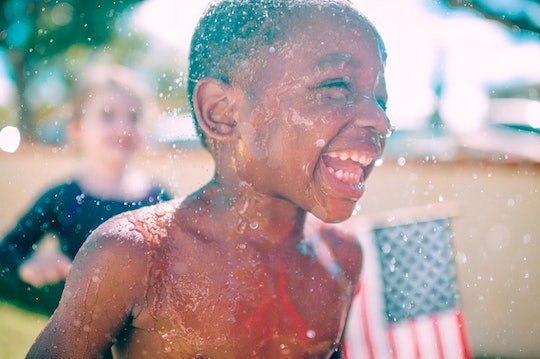 Most moms have probably heard the jokes about how unfortunate it is that kids don’t come with instruction manuals. Like, how much easier would motherhood be if the parenting books were kid-specific? I did the best I could, preparing for my son’s arrival, but there were still plenty of parenting and baby milestones that the books did not mention.

Honestly, maybe this is a good thing, because motherhood really and truly is just a little more fun when you're not entirely sure what you're in for (and yes, this is a lie I have told myself countless times, so just go with it). But I mean, when pajamas and snuggles are involved, things are great and the surprise only adds to that greatness. Still, it would have been nice for there to be a chapter on, “Why You Should Not Stay Up Late Googling Infant Health Issues, Dena,” because that’s a lesson I definitely didn't learn in time. Or, “Why You Never Want To Go To The Park When Your Phone Storage Is Full Because You Will See A Deer And Your Kid Will Be Awestruck And You Won’t Be Able To Capture It.” Sigh.

Of course, hindsight is 20/20. Now that my son’s officially a toddler, I’ve been through a fair amount of milestones, and I know I have many more to look forward to. I’ve learned that some of the most impactful moments aren’t the ones listed on any growth charts. For example: