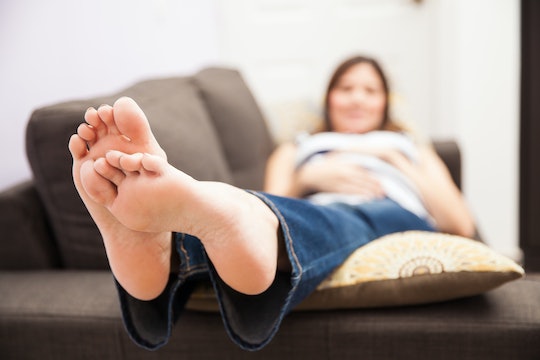 In my experience, the worst thing a mother can be is "selfish." Oh sure, there are all sorts of other insults that can be hurled her way (there is never a dearth of insults aimed at women), but "selfish" seems to hold particular power. After all, mothers are "supposed" to be the opposite of selfless, endlessly giving, and unfailingly nurturing. Saying a mother is "selfish" is basically saying, "She's not really a mother at all." So what are the signs you're a selfish mom? From what I can tell, it's basically anything that indicates that you have thoughts, ideas, and goals unrelated to your role as a mother. Like, if you still see yourself primarily as an individual instead of "Billy's mommy," you're probably selfish.

At least that's how I understand it from the people who tend to toss around the accusation. From what I've seen, women who are accused of being "selfish" mothers aren't so much guilty of anything inherently selfish or damaging to their children in any way, as they are guilty of making a different choice than the person calling them "selfish." It's an argument based not on research, data, or facts, but on smug indignation, myopia, and secret insecurity. It's awesome. (It's not awesome.)

So allow me to present some of the arguments I've heard from people who have accused their fellow mamas of the sin of selfishness. You can't fix what you don't realize is broken, right?