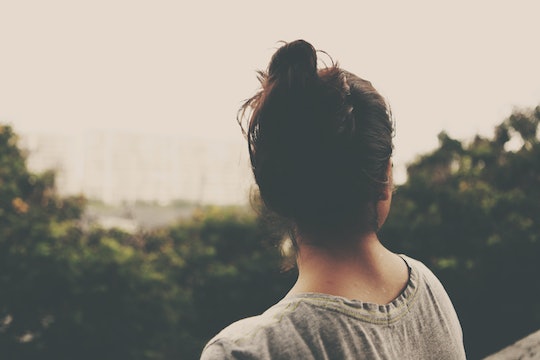 In the early days of breastfeeding, I was simply desperate to make it to the six-month goal I’d previously set. However, once my son and I got the hang of it, a different set of concerns started to creep in. All of a sudden, instead of not knowing how to establish a routine, I was faced with not knowing how to change a routine. Even now, as he’s a full-fledged toddler, I’m still figuring it out. I mean, weaning is like a breakup, in so many ways, and I'm completely lost as to how I'm supposed to say goodbye to a relationship that, while difficult at times, was ultimately fulfilling for all involved.

So, instead of making a clean break the way most relationships should be ended, I'm left feeling completely confusing as to how and why this relationship is changing. My son and I are growing apart and, in a way, I'm being transported back to past when ending a relationship just made sense, but wasn't necessarily easy. Like, I’m going off to college next week and there are going to be lots of other boys there and it just doesn’t make sense to do long-distance, Eric. In other words, you won't be touching my breasts anymore.

In all seriousness, though, weaning is a a bit of an emotional roller coaster (at least, it has been in my experience), so it’s no wonder that it shares some similarities to what’s probably the number one other emotional roller coaster that many young adults and adults and people of all freakin' ages because heartbreak is not biased, have experienced (aside from watching UnREAL, which, if you haven’t done, go ahead and do that and then let me know your thoughts and feelings). Let’s compare, shall we? Because, if we're being honest and in the case of both potentially gut-wrenching situations, the following is probably true: