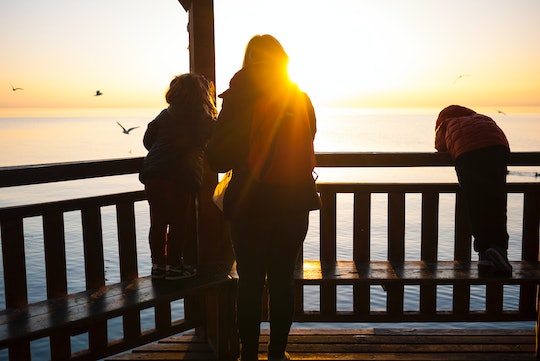 12 Rules For Parenting When You Have Anxiety

I've been a mother for three years now, and have experienced countless ups, downs, and in betweens since I took on this role. Shortly after becoming a mother, I became a mother with anxiety, and quite unexpectedly. Anxiety was an unfamiliar feeling for me, but once it began to consume me and ate away at my sunny disposition every single day, I realized that I was going to have to make some adjustments in my life for the sake of my family (and my sanity). I came up with some rules for parenting when you have anxiety that have made a huge difference in my life, and even though I feel like I probably still have a long way to go in overcoming my anxiety, I no longer feel like it's impossible.

Like many women, I suffered from postpartum depression (PPD). Once I got treatment for PPD, I was able to find my way out of the woods. Once I got there, though, I realized that I didn't emerge completely unscathed. Unnecessary and seemingly insignificant worries followed me, as did a heightened sense of awareness that the ground could crumble beneath me at any moment.

The anxiety my postpartum depression left me with felt crippling on some days. As someone who has always handled her responsibilities and the many curve balls that life has thrown my way with a certain amount of poise, this new feeling of helplessness and nervousness befuddled me. I had always felt in control of my life, but after I had my first son, that sense of control had escaped me and I felt like I could hardly take care of myself, much less the helpless little human that I was responsible for.

Once I finally realized that I was suffering from anxiety, I was able to make some observations about my behavior, paying close attention to when my anxiety would hit me the hardest and taking notes pertaining to exactly how being derailed from my comfort zone made me feel. Yes, I'm a control freak, but thanks to that proactive approach, I've been able to keep my anxiety at bay (most of the time). So if you are also a parent who suffers from anxiety, try following the 12 following rules.