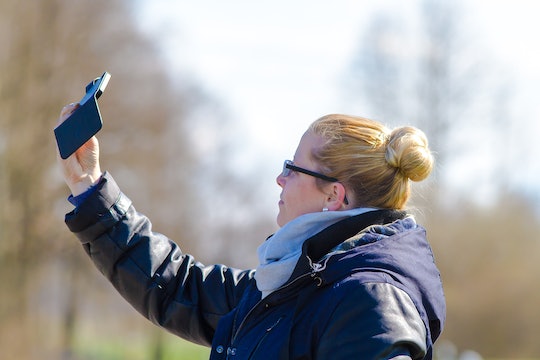 Uh oh. The word "millennial" is in the title of this article. I'm pretty sure that's your cue to roll your eyes and drop some critical comments without even reading. (Go ahead, I'll wait. Just be warned: the rest of this article might challenge the point you're about to make, thus enabling a different commenter to screenshot and copy their point later in the thread.) Among all the things millennial moms know better than anyone else, we know that other generations — and even some members of our own generation — love to hate on us, as though we're the only generation to do things differently than the generation before us, inspiring their concern and worry in the process. (We're not.)

There are some who think the vitriol directed at millennials is actually unexpectedly intense, but I think that's actually a result of the same oft-maligned technology magnifying the amount of criticism we face, as well as the extent to which we differ from previous generations. Folks have been concerned about the alleged shortcomings of the generations coming behind them for as long as we've been keeping track of intergenerational conflict. Nevertheless, regardless of how many or how few haters we actually have, as a millennial mom I know we have a lot of things going for us that many other generations would do well to respect.

For starters, we not only have more information about parenting available to us, we are also more willing to reckon with it than generations past. Instead of automatically assuming we should just raise our kids the same way other people around us did, we actually take it on ourselves to learn more about various parenting styles and then make an informed decision. Sure, we're just as imperfect as every generation of parents that came before us. However, we're definitely trying to strike a better balance between our own needs as mere mortals, and our ideals as people who want to make the world a better place, than perhaps any generation before us. As a result of this and plenty of other struggles, we've also learned the following lessons quite well: