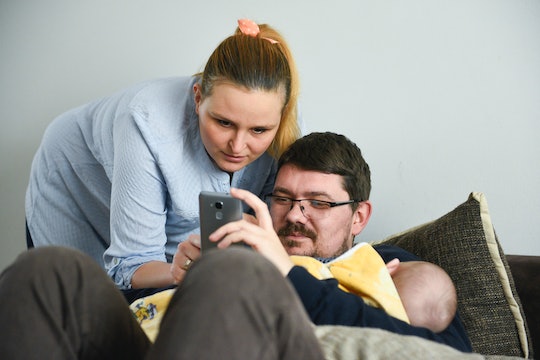 They say marriage is an incredible experience, but they also say that marriage takes a significant amount of work. (Yes, "they" say a lot of things.) And one could argue that marriage becomes rather difficult after a couple has kids. Thankfully, there are more than a few marriage after kid memes that can give us all something to laugh at. Not only do these memes tell it like it is, but they help married couples chuckle through the pain of sleepless nights after ridiculous arguments after, yes, you guessed it, sleepless nights.

What better way to bring people together than a meme they can relate to, right? Sure, the internet can be unforgiving, but at least it can, from time to time, produce a comedic gem that gives us all something to laugh at. And if you and your partner are really having a tough go of it — between the constant diaper changes and the waking up at some ungodly hour to feed your newborn and the pointless argued fueled by sleep deprivation — sharing these lighthearted memes can go a long way in helping you both get through postpartum life.

So, take a break from all of that adulating you've been doing and set aside some time to laugh with your significant other. After all, you both undoubtably deserve it. In fact, you can start by taking a gander at the following memes: