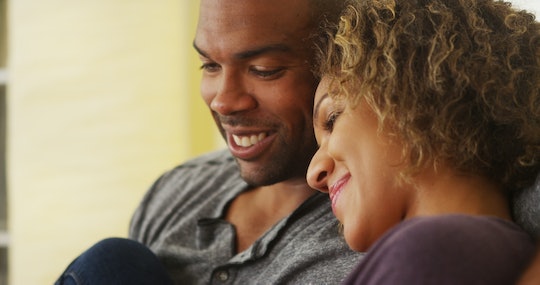 15 Things Every New Mom Needs To Know About Co-Parenting

I'll never forget the day I found out I was pregnant. I had a feeling that had been supported by a positive take-home pregnancy test, but it wasn't until an ultrasound technician swiveled that small screen in my direction and pointed to a tiny "bean," that it truly hit me: I was going to be a mom, my partner was going to be a dad and, together, we were going to be co-parents. I was in my late twenties and didn't plan on getting pregnant, suddenly finding out the things every new mom needs to know about co-parenting; things that would change my relationship for the better; things that were honestly somewhat surprising but have definitely become the foundation of my co-parenting relationship.

My partner and I weren't together for what many would consider a "long time" before I found out I was pregnant and we decided we wanted to be parents. We weren't married (still aren't) and once we announced our pregnancy we were bombarded with co-parenting "tips" from friends and family members and even well-meaning acquaintances. Because we did things a little "out of the ordinary" according to a society that usually wants people to be married first (I guess?), people had a few questions about our co-parenting situation. How was this going to work? Who was going to move in with who? Were we going to get married? Whose last name will the kid take? I mean, who knew so many people would care about something as intimate and personal as a co-parenting situation, right?!

My partner and I weathered that initial storm, and every subsequent parenting storm since, thanks to the lessons we have learned as new parents. We know we don't need to get married and we know that we get to make our own co-parenting decisions and create a healthy parenting environment that works best for our son and ourselves. So, if you're about to be a mom or you're a new mom and you're wondering how co-parenting is going to work, rest assured that not only will you figure it out, but the following tips will help you and your partner come up with a co-parenting plan that works best for you both: