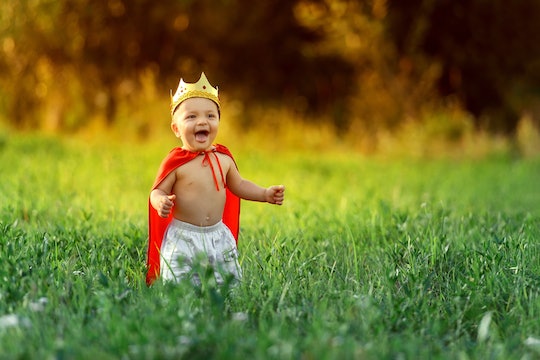 When I decided one of my college majors would be literature with a focus on Medieval literature, everyone (not unreasonably) promised I would never, ever use that degree once I graduated. Well, the joke's on you, naysayers, because I'm here to share baby name ideas from Medieval Literature. Because, really, isn't it time names like Lancelot and Igraine made a comeback?

In addition to Medieval literature, one of my other favorite things is naming little humans. The only reason I'm sad I stopped at two children is that I wish I could name all the babies. Seriously, there are so many fun names out there! And I feel like naming someone is such an act of love and significance. We named our son after our favorite author, and we gave our daughter (to quote my husband) a name that would "let the world know we were celebrating her from the moment she was born."

The Middle Ages, especially Medieval England, is a time of linguistic tumult and diversity, because at the time a lot of different groups were coming together, sharing stories, and swapping languages. As a result, this period of time produced some badass names, some fancy names, some classic names, and other names that (maybe) could stand to be revived, including the following: