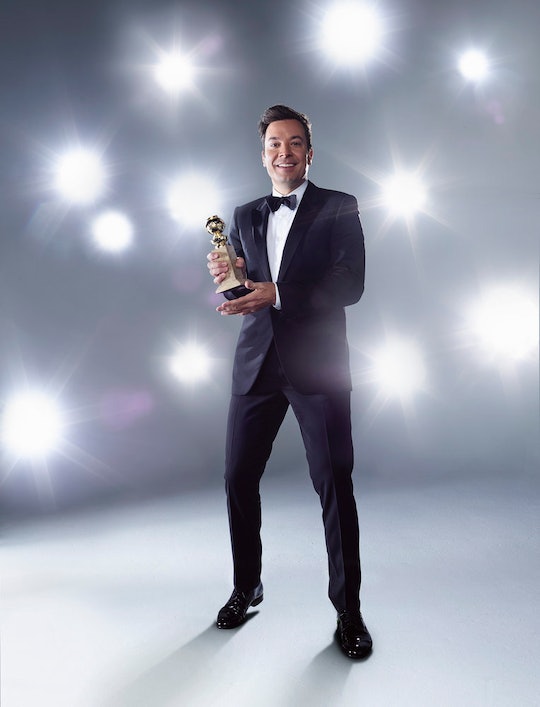 The Best Tweets & Memes Of The 2017 Golden Globes

The Golden Globes ceremony is unique compared to other award shows. Not only does the Golden Globes kick off the awards show season, but it's also the most fun and relaxed of the ceremonies. Mixing film and TV in the nominated categories means there's a wide variety of talented stars in the room, and the sit-down dinner setting (complete with plenty of cocktails) allows the nominees to really unwind. Host Jimmy Fallon will be there to keep the night running smoothly, but that doesn't mean there won't be any surprises. Part of the fun is waiting to see if anything will happen that the audience couldn't have possibly seen coming. These 2017 Golden Globes tweets and memes capture the best moments of the night.

Even small, unexpected moments can be enough to spark a meme, and with so many talented people in the room there's no telling what hilarious things might happen. Last year brought more than a few funny moments, including memorable fashion, dramatic red carpet poses, and some quality audience reactions. And who could forget the shoulder bump heard 'round the world when Lady Gaga knocked into Leonardo DiCaprio on the way to grabbing her award?

Luckily, this year didn't disappoint, either.

One adorable moment on the red carpet was when Sophie Turner helped out her onscreen sister and real life pal Maisie Williams with her dress. A true friend is one you can count on to make sure your look is on point.

There was a lot of love for many of the looks on the red carpet, but the appreciation for women rocking suits instead of gowns, such as Westworld actress Evan Rachel Wood, was definitely notable.

The ceremony opened with an homage to La La Land (which ended up winning a grand total of seven Golden Globes) that featured nominated actors and characters from popular shows, and Twitter appreciated seeing their favorites let loose in a musical number.

Barb has always been the most relatable character from Stranger Things, which makes her the perfect character to sum up the last year: the naive optimism that started off 2016, its apocalyptic ending, and the fresh new start 2017 will hopefully provide.

When presenting the award for Best Performance by an Actress in a Supporting Role in a Motion Picture, Michael Keaton made a pretty big mistake: he merged the names of two nominated films when announcing Octavia Spencer's name, saying she was in Hidden Fences rather than Hidden Figures. For the record, Fences is the film Viola Davis was nominated for. (She ended up winning the Golden Globe.) Yikes, Keaton.

It might have been a blink-and-you'll-miss-it moment, but there's nothing Twitter doesn't catch. When Ryan Gosling stepped up to accept the award that many thought Ryan Reynolds might take home (Best Actor in a Comedy or Musical), the camera cut back to Reynolds just in time to catch him smooching former Spiderman Andrew Garfield. For all the comic fans who ship Deadpool and Spidey, it was definitely a major moment.

Meryl Streep's speech was one of the most memorable moments of the night, and it's already drawing some mixed reactions. Many are celebrating Streep, but not everyone is thrilled that she was so open with her opinions, including conservative pundit Tomi Lahren, who tweeted that Streep's "liberal privilege" was showing during her speech.

Last but absolutely not least: Denzel Washington giving Casey Affleck a somber thumbs up is simply the thing memes are made of.