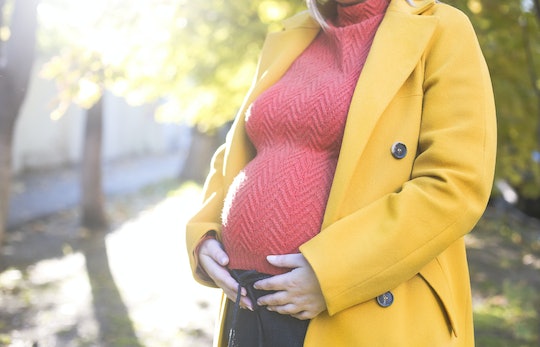 21 Reasons Being Pregnant In September Is The Worst

I don't know about you, but I swear I see more pregnant people in September than any other month of the year. And you better believe I'm giving them all sympathetic hugs and shoulder pats, because being pregnant in September is the worst.

It's not just in my head, either. The most popular birthday is Sept. 9, as reported by TIME, and September is the most common birthday month. In other words, there's a reason I notice an influx of gestating humans. I guess you can blame that on all the holiday parties that led to December and early-January conception dates.

September has a weird vibe. It's just sort of this not-super-well-defined month that segues summer to fall. It doesn't really have any set holiday that defines it. (Grandparents Day absolutely doesn't count, no matter how much your mother-in-law tries to insist it's a thing. It's not a thing, Carol.) Even the holidays that can sometimes fall in September (like Rosh Hashanah) frequently fall in October. September is just sort of... September?

This middle-of-the-road state and relative anticlimax (not the laid-back vibe of summer, not the cozy vibe of fall) makes being pregnant at this time kind of, you know, annoying. So I wanted to give anyone who has spent any amount of time gestating in this ninth month some room to vent. Trust me when I say, there are a lot of us who understand your struggle.