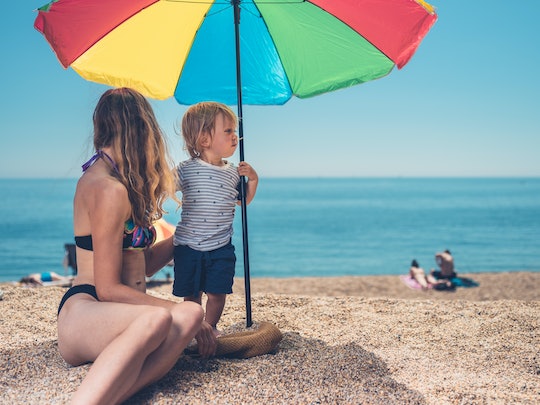 I don't know about you, but I definitely remember summers as a kid. Whether it was attending regular barbecues, taking advantage of a neighbor's pool, or going to summer camp, the world under that sunny sky felt like my oyster. I also remember the end of summer, and how my family chose to mark the end of a season and the beginning of another. Turns out, I'm not alone either. I asked moms to share the ways they celebrate the end of summer with their kids and, well, turns out there's nothing like a thoughtful party to ring in another school year and say goodbye to three months of sleeping in.

There’s this scene in an episode of the Adventures of Pete and Pete where little Pete and Artie (the strongest man in the world) head to the beach one last time before the seasons change. They mark the end of the summer by beating the ocean up. For years, when I’d go to the beach in late August or September, I’d do the same (and regardless of how bonkers it made me look, thank you very much). It was my ritual, and I made no apologies for saying goodbye to summer in my own special way.

But now I have a child of my own, and we don't live next to the ocean so there are and no waves to punch. As a result, I have had to figure out other ways to say goodbye to summer. I’d say one end-of-summer ritual we’ve developed is having one last day with his splash table... and maybe ending with a spray bottle fight (if he's lucky). But now that I’ve learned about the way other moms end their summers, so I might just take advantage of a few of their ideas, too.