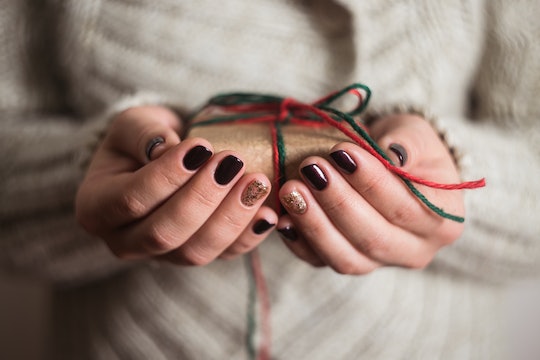 Based on other aspects of my personality, I feel as though I should be a talented gift-giver. I am not, and it's painfully highlighted during this time of the year. I've tried, but I always feel like my tokens fall just a little bit flat. I've been stressing the last few weeks about how to be a better gifter, asking people what their favorite presents have been over the years, but then I had a thought: "Don't we learn more from mistakes?" So I asked moms to share a gift they received that was a waste, because maybe there's a theme.

In the answers I received, I did notice a few recurring themes--husbands, mothers-in-law, and household appliances to name but a few. It also seemed to me that another big mistake gift-givers make is seeing the other person in relation to themselves instead of considering who they are as an individual. On the one hand, taking the individual into consideration sounds obvious, but on the other, sometimes it's easier said than done: Humans can be a bit self-involved, and not always in an intentional or malicious way. And I feel like women in general and moms in particular are often seen for who they are to others before they're seen for who they are themselves (which is annoying at best and heartbreaking at worst).

I was also mildly comforted in realizing that even if I didn't give breathtaking, life-changing presents to my loved ones, I've never given anything quite as offensive and/or entirely useless as some of these humdingers.