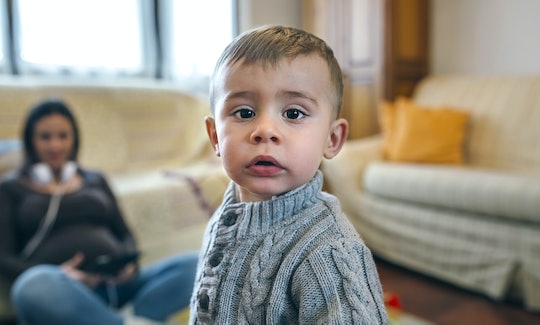 5 Things Moms Raising Sons Who Will Listen Never Do

My son's kindergarten teacher calls him the "King Rule Follower" and, well, it suits him. And at home he's called "The Enforcer," because not only does he listen and follow directions well but he makes sure his big sister — the rule-breaker — does the same. He's always been kind, compassionate, and a boy with big feelings. I can't tell you what I did differently with my son compared to my daughter, but I do know there are things moms raising sons who listen never do. Apparently, I've managed to avoid them all.

My son is 6, but I can already tell he'll be the kind of person who'd kneel to meet someone at eye level so they know they're heard. He has an old soul, I think, and is wise beyond his years to an almost unreasonable degree. For example, I remember the way he'd look up at me when he was a newborn and as I rocked him at night. There seemed to be a quiet understanding between the two of us: I would take care of him, and he would trust me to always be there.

As a mother I try to set positive examples for my children, and more often than not that means listening to them and meeting them where they are. So if you're looking to raise compassionate boys who listen to the people around them— and not just waiting for their turn to speak — here are some things you might want to avoid: