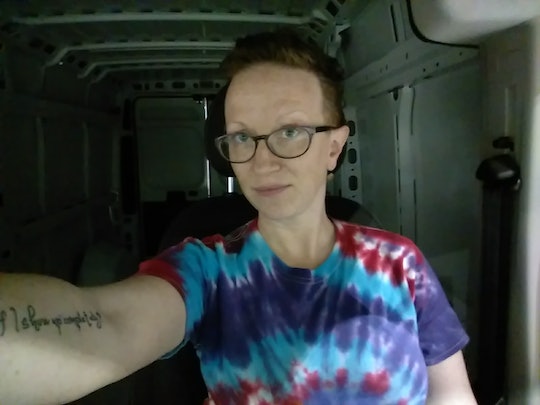 As a society, we generally accept that mothers are all different from one another. So when we, as mothers, share our stories, most people are quick to assume that the person doing the sharing is speaking from her own, unique experience as a mother and not speaking for all mothers everywhere. However, assumptions become problematic when there's a less mainstream identity, like "genderqueer parent," involved. As a society, our assumption then, generally, is that the person sharing is speaking for all genderqueer parents everywhere. However, just like you dear reader, I can only speak from my personal, lived experiences.

I, like most of us, inhabit many different roles. I am a mother, a trauma therapist, a mindful-empowerment coach, a Reiki Master, an inspiring yogini, a partner, an amateur chia-seed-pudding maker, a hammock-layer-inner, and many other things. I'm also a genderqueer person. Genderqueer is a pretty expansive term that basically means someone for whom the traditional gender binary doesn't fit. My relationship to and experience of my gender is ever-expansive as I continue on my life-long journey of self-discovery. So, as a genderqueer parent, this is what I want you to know: