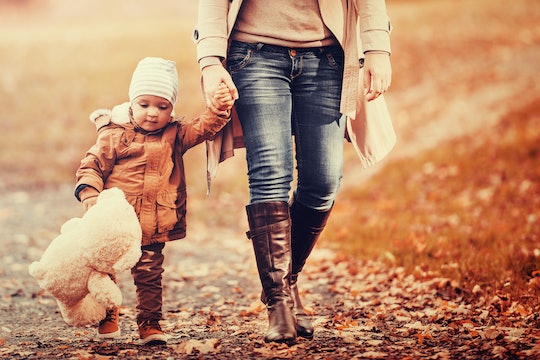 7 Parenting Truths You Don't Know Because Had A Toxic Father

Growing up in a toxic environment impacts you in an overwhelming number of ways. While it might be difficult to understand just how an unhealthy home can influence you, I'd argue that it becomes uncomfortably clear when you become a parent. Your children's lives start to highlight the failings of your own childhood, and, try as you might, all that toxicity threatens to impede your parenting. As a result, there are some parenting truths you don't realize because you had a toxic father, and it takes some serious, often exhausting personal reflection and growth to separate your unhealthy childhood from the childhood you're trying to give your children.

I didn't know what kind of mother I'd be if I didn't grow up in the environment I did. To be honest, when I was a kid I didn't think that far into my future. In fact, I wasn't sure I'd have a future. Bleak, I know, but it's true. Even before my parents divorced, my environment was extremely toxic. And while my parent's separation helped each of them deal with their own adult issues personally — issues I should've known nothing about — it did nothing in terms of providing me with a stable, healthy environment in which to grow up in. My mom has owned up to the part she played in my often tumultuous upbringing, but my father never really has. His inability to at least acknowledge how he hurt me, to this very day, hurts.

Every parent makes mistakes. Hell, I make them all the time. But the difference between a toxic parent and a parent who is simply doing their best, is that I aim to do better by my kids. I want to learn from my mistakes. I am cognizant of when and how I mess up, and make the necessary adjustments so that those mess ups don't continue. A toxic parent, on the other hand, does not. So with that in mind, here are some of the parenting truths I never realized as a result of growing up with a toxic father: