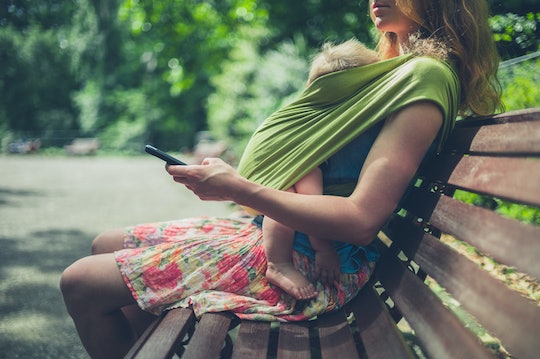 Living far away from family is both geographically and emotionally draining. Yes, sometimes it's nice to have some actual distance between you and your nosey parents, but you give up a lot when you move far away. For example, there's no more "quick trips" to grandma and grandpa's house, no built-in babysitters, and no close-by emergency contacts. I have a feeling there are more than a few things all moms with long-distance parents know to be true and, for me, one of those things is the struggle associated with being away from people who are usually jonesing to be supportive.

When my husband and I made the decision to pack up our things and move our family 1,000 miles away from the place we called home, we knew we'd be sacrificing a lot. We hoped, however, that we'd gain enough new memories and experiences to make that sacrifice feel worth it. That didn't make it any easier, though. With a 6-year-old boy and a 11-year-old girl, convincing our kids that a near-cross country move was a positive decision was a tough sell. And once they realized they'd no longer have their beloved weekend getaways to their grandparents' houses, it became even more difficult to let them know this wasn't "the worst thing in the world."

While starting a new chapter of our family's life and moving to a new state was exciting, losing time with grandparents and having to adjust to taking care of my kids without the nearby support of family members really highlight just how big a deal moving really was (and is, and probably always will be). So if you, too, have moved your family far away from your parents (or if you've never lived that close to them in the first place), I have a feeling you know the following things to be true: