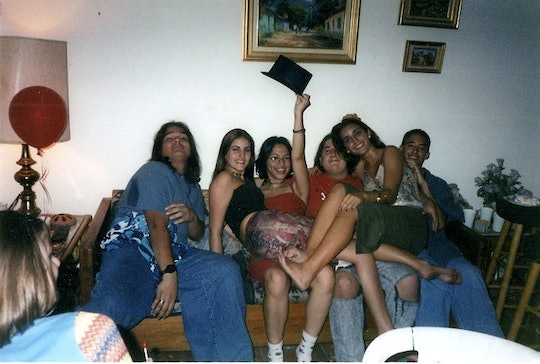 Being a teenager can be tough, which is something I'm sure you've never, ever heard before (*cue teenage eye roll*). Your hormones are all over the place (meaning everything from your skin to your love life to your self-esteem is often a mess), time often seems as though it’s going at a slow crawl, it feels like your parents just don’t understand (although they probably do), plus you’re still not quite old enough to do all the “cool” things your favorite TV show characters are doing. On the flip-side, for many of us, being a teenager also means feeling as far away from having kids (or any responsibilities, really) as humanly possible.

I personally always figured that if I even had kids at all — something I was totally not convinced I would ever do — I would begin having them at around age 35. That seemed like a solid, stable age by which point I would presumably have my sh*t together; a good time to embark on what seemed to me like the scariest thing ever. Life decided to throw me a fastball when I turned 27: I found myself pregnant and wondering what the hell to do next. But having a baby didn’t “ruin” my life, as my teenage self sometimes thought it inevitably would, and while it's been scary to an extent, it’s also been the most amazing thing I’ve ever gotten to do. Having a baby sooner than expected also taught me a thing or two about my younger self, about my old priorities and misconceptions, and about the things I should and shouldn’t have done.