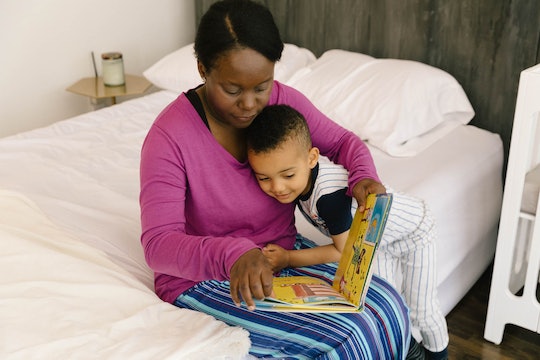 In Fear of Flying, Erica Jong said, “Show me a woman who doesn’t feel guilty and I’ll show you a man.” While we can argue whether women themselves are entirely, or even predominantly, responsible for constantly feeling guilty, I see so much truth in this. Since becoming a stay-at-home mom, I see another side of this culture of shame that I hadn’t before. But, having done this gig for a few years now, let me assure you that there are things you should never feel guilty for when you're a stay-at-home mom.

Women are supposed to feel guilt about absolutely everything. We vocalize how “bad” we are being if we eat something that isn’t kale-wrapped cucumbers, and then, when we do, we feel guilty if the kale isn’t organic and locally sourced. And then, if it’s organic and locally sourced and all that, we feel guilty for trying so hard. We post selfies and apologize for our lack of makeup or for having a hair out of place, because apparently we’re supposed to look perfect all the time, but we’re also not supposed to be shallow or over-preoccupied with our appearance, because vanity is unattractive. We apologize before we speak in a business meeting because… reasons? And that’s not getting into “mom guilt.”

Speaking as a former working mother, I can assure you that there is no hell as insidious or heartbreaking as the guilt a working mother is designed to feel every day. So when I decided to become a stay-at-home mom, I figured that would end. Apparently, I hadn’t yet realized that this system is designed by the powers that be so that you can never, ever, ever win. Stay-at-home moms have their own realm of guilt, largely based on the idea of, “Well, if this is all you’re doing you should be on top of everything you’re supposed to do at all times.” To which I say: Ha. OK. Why don’t you come over here and show me exactly how you plan for me to do that?

Here are some of the things stay-at-home moms are meant to feel guilty about, but shouldn’t.