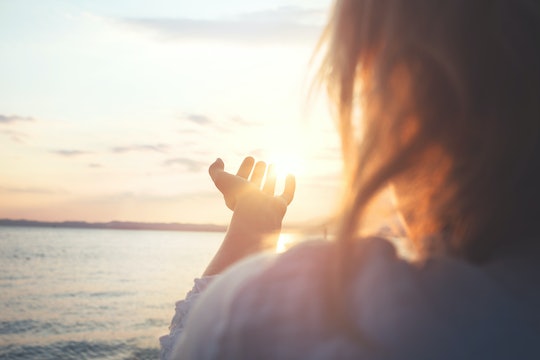 Were you ever told you were "bossy" as a kid, then told that "bossy" definitely wasn't a compliment, but rather bad or inappropriate or off-putting? Well, I definitely was. While bossy can, sometimes, mean "rude," when you're a woman, being "bossy" usually means that you're independent, unapologetic about what you want and/or opinionated. While men are considered strong, women are left being "bossy." Thankfully, you can re-claim that word, as I have, because not only will being called "bossy" help you in life, being told you were bossy helps you be a better mom.

As a parent, I've learned you have to carefully balance bossiness and rudeness so as not to confuse your child as to what is and is not appropriate. While I want to provide stability for my child and make sure she is safe, I also want to respect her as she gets older and starts to make her own decisions. I want to keep her from harm, but I want to facilitate full body autonomy. I'm telling you, motherhood is nothing more than a carefully crafted (exhausting) balancing act. That's arguably why, as a mother, being called "bossy" is a compliment that comes in handy frequently. You're used to someone devaluing your opinions and brushing you off as being "rude," which gives you the ability to decipher between what is really rude, and what is just a woman being independent and strong and herself. You're able to establish and stick up for yourself, set a positive example for your children and, well, not really care what anyone else has to think about it.

When you become a mom, and especially a young mom, many people think (or act like they think) you lack authority, the ability to take care of your own child, and the ability to make appropriate decisions regarding your child. Being labeled "bossy" as a kid has definitely helped me make sure that I'm not continuously devalued, walked all over and that my daughter is taken care of in the way my fiancé and I wish to raise her. Some may view this as being rude, but to me, it's simply me being the best mother I can possibly be. I know that being labeled as "bossy" is not a bad thing, and is actually super helpful, and here are just a few reasons why: