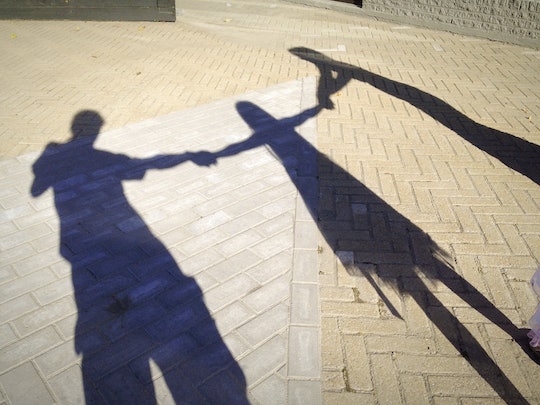 8 Confessions Of A Co-Parenting "Failure"

Honestly, co-parenting with my ex-husband was hard enough when we were married. Once we got divorced, it became damn near impossible. I have tried my hardest to make co-parenting with him work, but face barriers at every turn — the biggest one being him. So, I have a few confessions of a co-parenting "failure" to share, because I haven't exactly been great at it.

It's not entirely my fault, though. When people say that a co-parenting couple should "get along" for their kids' sake, they seem to forget that there was a reason they got divorced in the first place. In my case, not being able to communicate with my ex-husband was one of them. After our separation, there were times when he'd disappear for months, only to swoop back in, as if parenting was something he could do part time. When I tried to reach out and communicate about things like unpaid child support or the kids' medical care, he doesn't seem to get my emails or texts, but heaven help me if I didn't respond to him as soon as he hit send on messages about things he wanted.

Then, when we do manage to connect, he always seems to try to push my buttons or openly insult me for the choices I've made since our divorce. I must confess that it's really hard not to take the bait, too. The thing is, I am happy now — far happier than I ever was when we were married — so I try not to let him get to me, for my kids' sake and for mine. My ex-husband has taught me that I don't have to do anything other than what's necessary to keep my kids healthy and happy. I remind myself that I am no longer married to him, and he can't hurt me anymore. But it's all easier said than done, which is why it's time I confess to my perceived failings. In the end, all we can do is be honest and do our best.