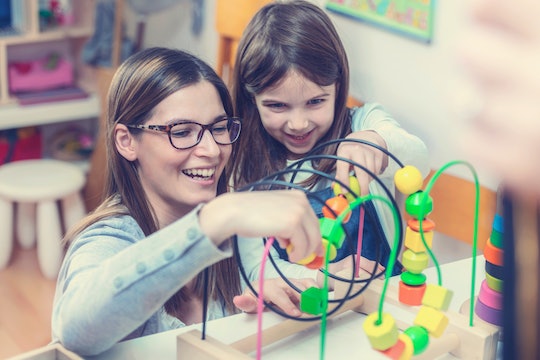 Moms Reveal When Their Smart Kid Made Them Feel Dumb

As a kid I remember thinking I was so much smarter than my mom. Then I became a teacher and had a taste of my own medicine. Kids regularly treated me like a total idiot. In fact, I once argued with a student about how many periods are in a hockey game. Then again, sometimes kids really are smarter than adults. In fact, when I talked to a few moms who were kind enough to reveal a moment when their super smart kid made them feel stupid, I realized that kids making their parents feel pretty damn dumb is par for the parenting course.

I can't pinpoint the exact moment my son switched from thinking I was the smartest person in the whole world, to realizing I'm far from it. However, that moment definitely happened, and it seems to have happened in a flash and there doesn't appear to be a reset button anywhere around.

In some ways, I am sure it's a positive thing. I mean, my son is starting to trust his own ideas and opinions. Then again, sometimes it hurts my feelings, especially because I have always prided myself on my intellect and my academic ability. At least I am in the same boat as these accomplished, smart women, right?