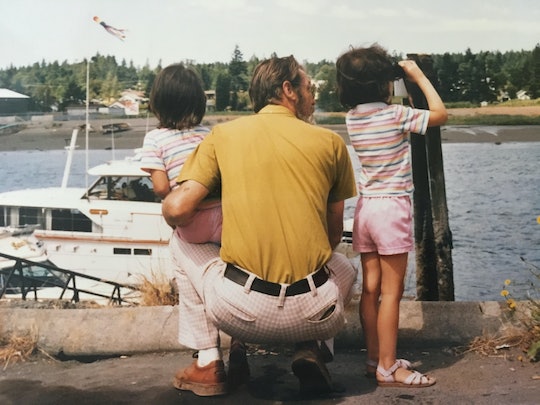 8 People I Celebrate On Father's Day Instead Of My Father

Mother's Day and Father's Day are problematic. It's not because both were created by greeting card companies. Consider, instead, the families for which these celebrations are exclusionary and painful. I'm talking about LGBTQ, single parent, adoptive, foster, multigenerational families, and children whose parents are deployed, incarcerated, absent by choice, or gone from this world. My biological dad isn't a part of my life, but I don't skip the holiday. There are certain people I celebrate on Father's Day instead of my father, so that I can make it through this annual festivity in one piece.

My parents were separated before I was born, and my father has never been a big part of my life. In fact, for the better part of two decades, I've been estranged from him. Enter Facebook. I've reconnected and am nurturing relationships with many family members, including a half-brother and half-sister. I saw my dad for the first time since high school this past January. It was awkward, to say the least, but it also brought back all those dormant feelings of abandonment and rejection, anger and sadness.

As a result, this year I'm a bundle of contradictory emotions. I'm not ready to reach out to my dad at this point, so I'm using this Father's Day as an opportunity to honor some of the amazing folks in both my life and my daughter's. If Father's Day is hard for you, too, I invite you to do the same. I honestly feel better already.