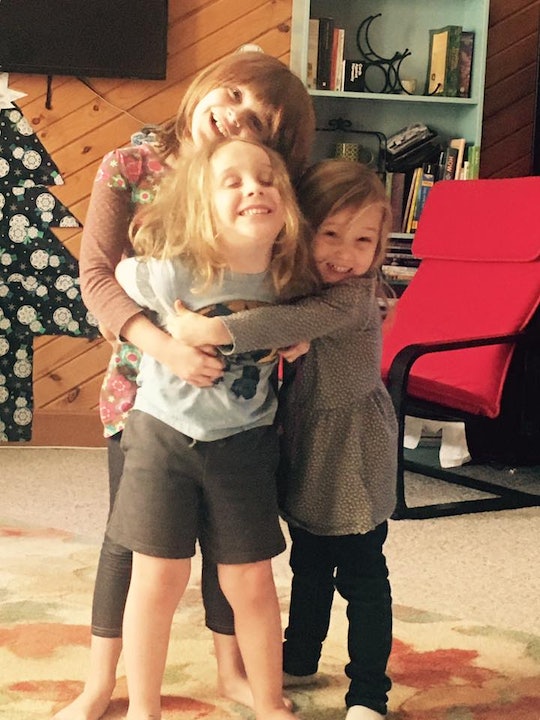 When I was a kid, I was friends with girls and boys, but that wasn't the norm where I grew up. As a result, I was teased. A lot. I still remember the taunts about me and my friend "sitting in a tree, K-I-S-S-I-N-G,” or my brother asking me if my friend was my "boyfriend." As a child I was embarrassed, but as a mom I am furious. I want my kids to be friends with anyone they want, regardless of gender. So I won't let another child call my son their boyfriend. Period.

To be honest, I think it's gross for kids to use labels like "boyfriend" with other kids. It also sends them the wrong message about friendships, and the people they're "allowed" to call their friends. It's really bizarre how we — and following our example, our kids — talk about kids by using adult terms and concepts like boyfriend, girlfriend, dates, and even marriage. Can't we just let kids be kids, without projecting adulthood all over them so soon? Besides, gender shouldn't really be a factor in who a child is friends with. And while I believe it's heteronormative to assume that my son is straight and will form romantic relationships with a member of the opposite sex, even if a boy called my son his boyfriend I would have a problem with it. I mean, can we please stop sexualizing our kids?

Recently, I was surprised to hear my older kids (ages 5 - 12) talking about friends at school having boyfriends and girlfriends, and singing the same problematic song from my childhood. When I asked them what it meant to have a boyfriend or girlfriend, they couldn't really answer. They simply don't understand what a romantic relationship entails. That's just one of the many reasons why I won't let another child call my son their boyfriend, including the following: