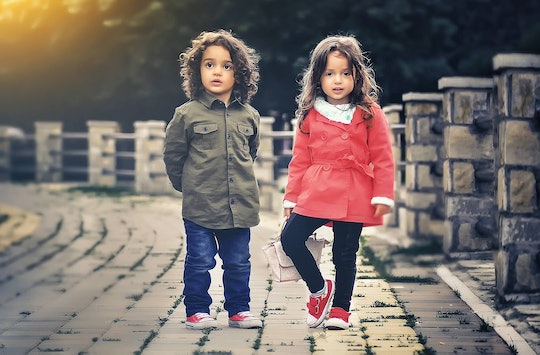 "Gender is a social construct." I've probably written and/or said that sentence a thousand times over the past few years. Between my undergrad classes in feminism and gender studies, the countless conversations I've had with friends, and all the feminist parenting articles I’ve written, you’d think I’d be a pro at not falling into stereotypes. However, I've realized it’s pretty easy to ease back into old habits. I’m embarrassed to say there have been too many times I’ve relied on dated gender stereotypes, and I need to nip it all in the bud by being open and honest about those moments.

I know that the gender binary is a totally bogus thing and, truly, gender can be whatever you want it to be. You can identify as a man or woman, sure, but being a man or a woman isn't determined by your genitalia or the gender you were assigned at birth. And, of course, it's important to remember that some folks identify as third gender, or as non-gender conforming entirely, because, again, gender is nothing more than a social creation used to label individuals or a group of individuals.

Gender as a social construct isn’t a “new” topic, either. For example, Native Americans have welcomed two-spirit and transgender persons for centuries. So, why is it so damn difficult to shake off these antiquated, conservative ideas that gender is a binary, only capable of being expressed in a certain way? Why do we, as a society, still feel the need to abide by these non-existent rules?

I hope that by being honest about my reliance on gender stereotypes, at time, I’ll be able to identify my own problematic behaviors. After all, I’ve never claimed to be a perfect person, or even a perfect feminist. It’s important to admit our faults, so here are some of mine: