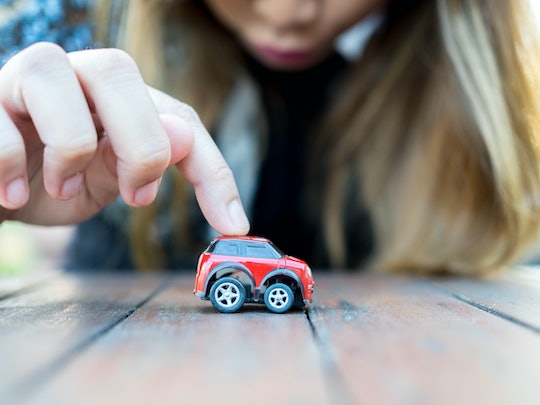 With my first baby, there was no "mother’s room" at my office for me to use for pumping. That was before they passed a law in New York requiring employers to provide space for nursing mothers (and only if the companies were of a certain size). So I was used to hunting around for a private space to pump. I was not, however, prepared for the first time I had to pump in my car.

It was when my daughter was around 5-months-old, so she wasn’t on solids yet. Breast milk was all she consumed. But we were at a wedding that day, and it was too hard to bring her because the ceremony was in the early afternoon and the reception was in the evening. Between the church service and the party, my husband drove me (in the car we borrowed from my parents, since we don’t own one) to Starbucks, parked, and I started to pump.

Now, I won't lie: it was weird. Not only did I have to figure out how to finagle my boobs out of my formal attire, but I had to be really careful not to get any milk on my "dry clean only" dress. It took more effort than tucking myself into a voice-over booth, as I had done recently while working on a commercial and needing to pump. At least I could drape something over the booth window, but in the car I was exposed from all sides. And small talk with my partner? Yeah, that was really forced.

If you haven’t had to pump in a car, consider yourself lucky, but also prepare yourself for some of the following things: