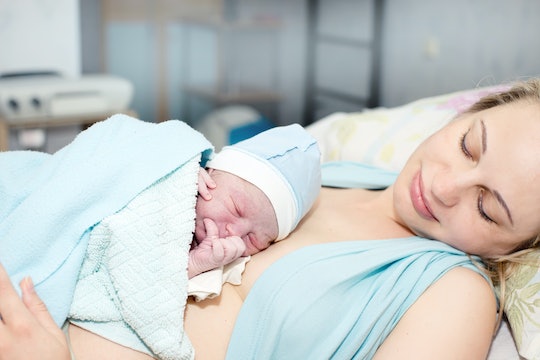 Becoming A Mom Didn't Change Everything About Me

There is, in fact, a ton that changed about me when I became a mom. For most of the year I felt that my whole being had been replaced with a "mom version" of myself. It was only a few months in that I started to look for pieces of my old self and found quite a few things that didn't change about me once I became a mom. It was a helpful touchstone when I'd start to slip into full-on "mom mode," to remember that certain parts of me hadn't changed at all. For example, my love for my husband, my desire to have a big, loud family, and even my need for my own space stuck around long after my daughter arrived. I may have become a mom overnight, but I was still myself down there somewhere.

The minute we met our daughter in the hospital, it was as though she was my single reason for living and immediately started consuming all of my thoughts. Sounds healthy, eh? Well, because we adopted her, and had six hours notice that she was arriving, I counted my singular focus on her as a major win. I never worried that I would bond with my future child, but it was hard to imagine it actually happening until it happened. When it did, I was relieved.

After a few months, I remarked to a friend that I thought I had adjusted to motherhood so well that I couldn't quite remember who I was before our daughter came along. I think that's a fairly common feeling among moms, and it spurred me to answer that question. Who was I before, and what are the things that haven't changed about me as a mom?